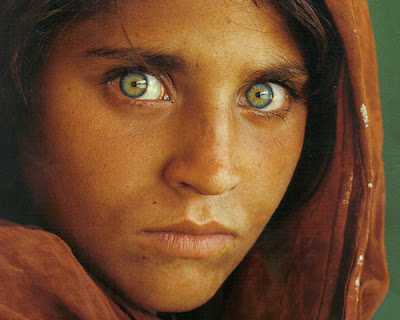 The Tea Story:
2737 B.C. • The second emperor of China, Shen Nung, discovers tea when tea leaves blow into his cup of hot water or so the story goes.

350 A.D. • A Chinese dictionary cites tea for the first time as Erh Ya.

400-600 • Demand for tea as a medicinal beverage rises in China and cultivation processes are developed. Many tea drinkers add onion, ginger, spices, or orange to their teas.

400 • Now called Kuang Ya in the Chinese dictionary, tea and its detailed infusion and preparation steps are defined.

479 • Turkish traders bargain for tea on the border of Mongolia.

593 • Buddhism and tea journey from China to Japan. Japanese priests studying in China carried tea seeds and leaves back.

618-907 T'ang Dynasty• Tea becomes a popular drink in China for both its flavor and medicinal qualities.

725 • The Chinese give tea give its own character ch’a.

805 • Buddhism and tea devotion spreads further. • The Japanese Buddhist saint and priest Saicho and monk Kobo Daishi bring tea seeds and cultivation and manufacturing tips back from China and plant gardens in the Japanese temples.

960-1280 Sung Dynasty• Chinese tea drinking is on the rise, as are elegant teahouses and teacups carefully crafted from porcelain and pottery.• Drinking powdered and frothed tea or tea scented with flowers is widespread in China while earlier flavorings fall by the wayside.• Zen Buddhism catches on in Japan via China and along come tea-drinking temple rituals.

1101-1125 • Chinese Emperor Hui Tsung becomes tea obsessed and writes about the best tea-whisking methods and holds tea-tasting tournaments in the court. While “tea minded,” so the story goes, he doesn’t notice the Mongol take over of his empire.• Teahouses in garden settings pop up around China.

1191 • Japanese Buddhist abbot Eisai, who introduced Zen Buddhism to Japan, brings tea seeds from China and plants them around his Kyoto temple.

1280 • Mongolia takes over of China and since the Emperor of Mongol isn’t a “tea guy,” tea drinking dies down in the courts and among the aristocracy. The masses continue to indulge.

1368-1644 Ming Dynasty• At the fall of the Mongol take over, all teas — green, black, and oolong — is easily found in China.• The process of steeping whole tea leaves in cups or teapots becomes popular.

1422-1502 • The Japanese tea ceremony emerges onto the scene. First created by a Zen priest named Murata Shuko, the ceremony is called Cha-no-yu, literally meaning "hot water tea" and celebrates the mundane aspects of everyday life. • Tea’s status elevates to an art form and almost a religion.

1589 • Europeans learn about tea when a Venetian author credits the lengthy lives of Asians to their tea drinking.

1597• Tea is mentioned for the first time in an English translation of Dutch navigator Jan Hugo van Linschooten's travels, in which he refers to tea as chaa.

End of 1500s • Japanese tea master Sen-no Rikyu opens the first independent teahouse and evolves the tea ceremony into its current simple and aesthetic ritual. During this ceremony, one takes a garden path into a portico, enters upon hearing the host’s gong, washes in a special room, and then enters a small tearoom that holds a painting or flower arrangement to gaze upon. The tea master uses special utensils to whisk the intense powdered tea. Tea drinkers enjoy the art or flowers and then smell and slurp from a shared teabowl. • Europeans hear about tea again when Portuguese priests spreading Roman Catholicism through China taste tea and write about its medicinal and taste benefits.

1610 • The Dutch bring back green tea from Japan (although some argue it was from China).• Dutch East India Company market tea as an exotic medicinal drink, but it’s so expensive only the aristocracy can afford the tea and its serving pieces.

1618 • Chinese ambassadors present the Russian Czar Alexis with many chests of tea, which are refused as useless.

1635 • Tea catches on in the Dutch court.• A German physician touts a warning about the dangers of tea drinking.

1650-1700 • Tea parties become quite trendy among women across the social classes. Husbands cry family ruin, and religious reformers call for a ban.

1657 • The first tea is sold as a health beverage in London, England at Garway's Coffee House.

1661 • The debate over tea’s health benefits versus detriments heightens when a Dutch doctor praises its curative side while French and German doctors call out its harmful side.

1664 • English East India Company brings the gift of tea to the British king and queen.• The British take over New Amsterdam, name it New York, and a British tea tradition ensues.

1670 • The Massachusetts colony is known to drink black tea.

1680s • Tea with milk is mentioned in Madam de Sévigné’s letters.• The Duchess of York introduces tea to Scotland.

1690 • The first tea is sold publicly in Massachusetts.

1697 • The first known Taiwanese cultivation and export of domestic tea takes place.
Late 1600s • Russia and China sign a treaty that brings the tea trade across Mongolia and Siberia.

18th Century • The controversy over tea continues in England and Scotland where opponents claim it’s overpriced, harmful to one’s health, and may even lead to moral decay.

1717 • Tom’s Coffee House evolves into the first teashop called the Golden Lyon. Both men and women patronize the shop.

1735 • The Russian Empress extends tea as a regulated trade.• In order to fill Russia’s tea demand, traders and three hundred camels travel 11,000 miles to and from China, which takes sixteen months. • Russian tea-drinking customs emerge, which entail using tea concentrate, adding hot water, topping it with a lemon, and drinking it through a lump of sugar held between the teeth.

1765 • Tea easily ranks as the most popular beverage in the American colonies.

1770• Parliament rescinds the Townshend Revenue Act, eliminating all import taxes except those on teas.

1773 • In protest of British tea taxes and in what becomes known as the Boston Tea Party, colonists disguised as Native Americans board East India Company ships and unload hundreds of chests of tea into the harbor. • Such “tea parties” are repeated in Philadelphia, New York, Maine, North Carolina, and Maryland through

1774.
1774• A furious British Parliament passes the Coercive Acts in response to the American “tea party” rebellions.• King George III agrees to the Boston Port Bill, which closes the Boston Harbor until the East India Company is reimbursed for its tea.

1775• After several British attempts to end the taxation protests, the American Revolution begins.

1784• Parliament further reduces the British import taxes on tea in an effort to end the smuggling that accounts for the majority of the nation's tea imports.

1785 • 11 million pounds of tea are brought into England.1797• English tea drinking hits a rate of 2 pounds per capita annually, a rate that increases by five times over the next 10 years.

1830• Congress reduces U.S. duties on coffee and tea and other imports.

1833• By an act of the British Prime Minister Charles Grey (the second Earl Grey and the namesake of the famous tea), the East India Company loses its monopoly in the trade with China, mostly in tea.

1837• The first American consul at Canton, Major Samuel Shaw, trades cargo for tea and silk, earning investors a great return on their capital and encouraging more Americans to trade with China.

1838 • The first tea from Indian soil and imported Chinese tea plants is sold. A small amount is sent to England and quickly purchased due to its uniqueness.

1840s • American clipper ships speed up tea transports to America and Europe.
1840s and 50s• The first tea plants, imports from China and India, are cultivated on a trial basis in Sri Lanka (Ceylon).

1849• Parliament ends the Britain's Navigation Acts, and U.S. clipper ships are allowed to transport China tea to British ports.• Tea wholesaler Henry Charles Harrod takes over a London grocery store and grows it into one of the world's largest department stores.

1850• Londoners get their first peak at a U.S. clipper ship when one arrives from Hong Kong full of China tea.• U.S. clipper ships soon desert China trade for the more profitable work of taking gold seekers to California.

1866• Over 90 percent of Britain's tea is still imported from China.

1869 • The Suez Canal opens, shortening the trip to China and making steamships more economical.• In a marketing effort to capitalize on the transcontinental rail link fervor, the Great American Tea Company is renamed the Great Atlantic and Pacific Tea Company.• A plant fungus ruins the coffee crop in Ceylon and spreads throughout the Orient and Pacific, giving a hefty boost to tea drinking.

1870 • Twinings of England begins to blend tea for uniformity.1872• The Adulteration of Food, Drink, and Drugs Act deems the sale of adulterated drugs or other unlabeled mixtures with foreign additives that increase weight as punishable offenses.

1875• A new British Sale of Food and Drugs Law calls adulteration hazardous to personal health and increases its legal consequences to a heavy fine or imprisonment.

1890• Thomas Lipton buys tea estates in Ceylon, in order to sell tea at a reasonable price at his growing chain of 300 grocery stores.
Late

1910 • Sumatra, Indonesia becomes a cultivator and exporter of tea followed by Kenya and parts of Africa. 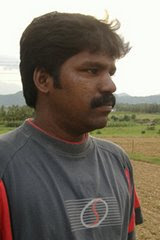 காலம்
this is a Team from Coimbatore